A Book Launch – From Tradition to Innovation Jungian...

A new translation of Alchemy by Marie-Louise von Franz 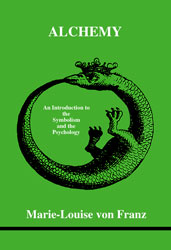 One of the first titles of The Inner City Books Alchemy: An Introduction to the Symbolism and the Psychology by Marie-Louise von Franz, translated so far into many languages awaits its new translation, into Polish, this autumn. It will be published by Zysk i S-ka Publishing House and was translated by Polish Jungian analyst, our Editor-in-Chief Malgorzata Kalinowska. With this title we would like to start news and updates section about new translations of the Jungian literature. If you know about new Jungian titles’ translations, let us know at the email: contact@e-jungian.com.

„Alchemy” is based on the collection of lectures presented by Marie-Louise von Franz in C. G. Jung Institute, Zurich, in 1959. The lectures present original alchemical texts and analyse Greek, Arabic and European alchemy. Alchemists in their works according to analytical psychology searched for the connection between the psyche and matter. Thanks to that alchemical language allows to describe symbolically the process of individuation and healing in psychoanalytic therapy. As Dr von Franz shows alchemical symbols are still active in the psyche of contemporary man, in his dreams and artworks and as such they compensate the rationalistic direction of the Western civilization development.

The book can provide an excellent introduction into alchemical works of Carl Gustav Jung and at the same time it presents in-depth analysis of the alchemical symbolism. It is an interesting lecture both for the readers interested in analytical psychology and for the clinical professionals.

Listen to Marie-Louise von Franz speaking about her studies on alchemy: 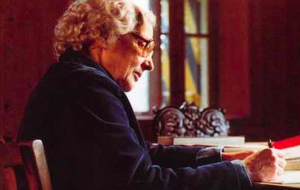 Marie-Louise von Franz earned her doctorate in philology at the University of Zurich. From 1934 onwards, she worked closely with C. G. Jung (until his death in 1961), particularly in connection with his studies in alchemy. She expanded his later work Mysterium coniunctionis with a meticulous interpretation of Aurora consurgens, a Christian-alchemical text attributed to Thomas of Aquinas. For many years she was a lecturer and training analyst at the C. G. Jung Institute in Zurich, and she was the Honorary President of the Research and Training Centre for Depth Psychology according to C. G. Jung and Marie-Louise von Franz.

Her publications (including psychological interpretations of fairytales and dreams, as well as texts on alchemy, the medieval Holy Grail, the visions of Niklaus von Flüe, and the puer aeternus), her research into synchronicity and her masterful „inner“ biography on the significance of C. G. Jung in our time, have been translated into innumerable languages. She crowned her life’s work with her psychological commentary upon Kitab Hall ar-Rumüz by Muhammad Ibn Umail.

Source of the bio info