Thomas Singer – If Donald Trump Had a Selfie Stick, We’d All Be in the Picture

Because a single powerful leader will draw from the rest of us powerful projections ranging from savior to devil, from healer to destroyer, I have long been interested, as a psychiatrist and Jungian psychoanalyst, in the relationship between politics, mythology and psychology. For people like me, this is our year. – Thomas Singer

We all realize that when it comes to politics it is difficult to remain untouched. Politics stirs our deep emotions, influences us, and sometimes makes it difficult for us to differentiate what comes from the individual psyche and what from collective. But do we take into consideration that politics speaks about ourselves and reflects the cultural unconscious dynamics that influence our everyday reality and the myths we live in our life? Jungian psychoanalyst, Thomas Singer writes for Bill Moyers website about the topic that stirs a lot of attention nowadays – Donald Trump and American collective psyche:

Wherever he is, wherever he goes, Trump invariably draws huge attention and makes himself the center of interest. For some that can be inspiring; for others, it can be traumatizing. He is larger than life — what we sometimes call “grandiose.” What especially interests me is how, in stirring up collective emotions and group issues of identity, Trump finds a seamless fit with significantly large segments of the population. Obviously he is tapping deep currents in the American psyche that fuel our political thoughts and behavior. Some see him as a colossal narcissist, sucking up all the energy around himself like a black hole and making himself a grave threat to American life — Public Menace No. 1. Others see him as a dynamic and successful businessman who gets things done and courageously speaks unpleasant truths. (…) As a selfie of our own worst side, Trump is the modern incarnation of Narcissus, the Greek beauty who is oblivious to everything but himself. Trump’s self-interest and grandiosity appeal to his followers in their desperate need of something grand and powerful to help them avoid confronting the phenomenon of “extinction anxiety.” This is not just what Freud called the “death instinct” in individuals, but a fear that everything we care about will ultimately vanish. My work has convinced me that all of us at some level fear that “our people” — white, black, Muslim, Latino, whatever the group to which we belong — are in danger of extinction. Certainly many people sense that America itself is threatened with extinction. Somewhere in our unconscious, if not our consciousness, we even feel that life on the planet is in danger of extinction.

Although speaking about American collective mechanisms it is not only applicable to America itself. We can observe nowadays in many countries in the world the shift in the cultural consciousness that reveals the presence of the powerful myths and cultural complexes (including the author’s of this short review country, Poland). The psychoanalytical attitude to such phenomena on the contrary to the political one do not tell us what the things are, and how we should see them, but it allows us to reflect on it from different angles, and to look under the surface of the collective consciousness. Such reflection is a great chance to free the ego infected with the unconscious dynamics and identified with its contents. Great reading for all interested in the relationships between the psyche and the culture.

Read full text of the article 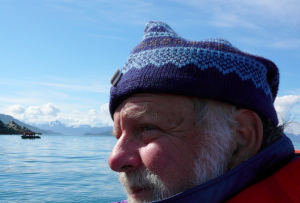 Thomas Singer, M.D. is a psychiatrist and Jungian psychoanalyst with particular interests in contemporary political and social movements. He has written and/or edited several books including the newly published Psyche & the City: A Soul’s Guide to the Modern Metropolis (Analytical Psychology & Contemporary Cul)

(editor) which has been published by Spring Book Publications, The Cultural Complex: Contemporary Jungian Perspectives on Psyche and Society

(co-edited with Sam Kimbles), The Vision Thing: Myth, Politics and Psyche in the World

» Newspapers and magazine articles » Thomas Singer – If Donald Trump Had a Selfie Stick, We’d All Be in the...