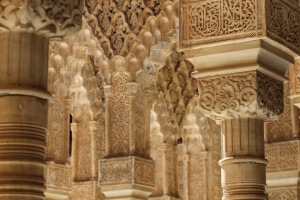 This half-day workshop will cover some of the basic beliefs and cultural contexts of Islam; conflict and extremism within the Muslim-majority world; human rights issues, especially within the cultural context of Muslim families; and an introduction to Islamic approaches to psychology and psychotherapy. It will be a dialogue between experts who will think about Islam and its impact in the modern world.

The public will be welcomed to contribute with questions, reflections and thoughts.

Shaykh Dr. Usama Hasan is a UK-based Islamic scholar, scientist and activist, currently Head of Theology at Quilliam. He is a member of a number of international initiatives and the author of several articles and papers. Shaykh Usama has translated a number of  Islamic texts from Arabic and Urdu into English, including Hajj – The Journey of Love, The Character of the People of the Qur’an and Way of the Prophet. His latest academic papers   address Islamic thought, law and their relationship to science and scientific ethics.

Shaykh Usama is a traditionally-trained imam and certified transmitter of the Qur’an and Hadith. He memorised the Qur’an aged 11 and served as imam and khatib in UK mosques for over 30 years. He is also a trained scientist with a PhD, MA and MSc from the Universities of Cambridge and London, and a Fellow of the Royal Astronomical Society. After working in UK industry in the field of artificial intelligence (1997-2002), he was Visiting Associate Professor at the National University of Sciences &Technology in Pakistan (2002-3), Senior Lecturer in  Engineering & Information Sciences at Middlesex University (2003-2012) and Planetarium Lecturer at the Royal Observatory Greenwich (2006-8).

Farhana Mayer is a former lecturer at SOAS (on Sufism) and at The Institute of Ismaili Studies (on the Qur’an and its interpretations, Sufism and the sharia) where she was also the Academic Coordinator of the Graduate Programme in Islamic Studies and Humanities.

Farhana attained her BA and MA in Arabic and Islamic Studies at the University of Oxford and has years of in-depth academic research in the fields of Qur’an interpretation and translation, including studying Qur’an commentaries and hadith at Al-Azhar University in Cairo. Her publications include: Spiritual Gems: The Mystical Qur’an Commentary ascribed to Ja`far al-Sadiq (Fons Vitae, 2011) and An Anthology of Qur’anic Commentaries – Volume I: On the Nature of the Divine (OUP, 2008 – co-authored with F. Hamza and S. Rizvi). Her current research work is on reviewing the principles of Qur’anic hermeneutics and Islamic jurisprudence/sharia, and producing an interpretative study of the Qur’an.

Farhana is also engaged in inter-faith and intra-community dialogue and speaks regularly at various faith forums. She endeavours to promote the peaceful, pluralistic and humane interpretation of Islam, which upholds human rights and freedoms, seeking to highlight the common ground between different persuasions.

Fakhry Davids, a psychoanalyst, will attempt to bring perspectives from the consulting room, and the profession at large, into the dialogue. He is in full-time practice in London, a Fellow and Training Analyst of the Institute of Psychoanalysis, Honorary Senior Lecturer, Psychoanalysis Unit, University College London, and Visiting Lecturer, Tavistock Clinic, London.  He is a Founding Board Member of Partners in Confronting Collective Atrocities (PCCA), and a Member of the EPF Ad Hoc Working Group on Psychoanalysis and Muslim Backgrounds.  He has written on Islamophobia, and on racism in the mind (Internal Racism: A Psychoanalytic Approach to Race and Difference, Palgrave-Macmillan, 2011).