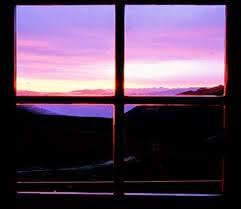 I am reading a review on a famous criminologist who, as a professional, came across the Italian camorra and mafia during the eighties and who was eventually murdered by the same organized criminality. The review brings back a personal memory, as if it is still fresh: I am six, I am with my father in a room which seems to me  huge and very long; it has a window at its bottom, in front of which a man is sitting, against the light, on his desk: he is the famous criminologist . Why are we there? I do not know. I am sitting in front of him. I look around but something is wrong: the office is sumptuous, but something bothers me, what is it?

The Emperor’s New Clothes is a story by Hans Christian Andersen about an emperor who loves beautiful clothes. Two vendors came one day to his kingdom and they pretended they had a wonderful new material, light and thin but invisible to unworthy people and fools. No one at court can see this cloth, not even the emperor, but fearing this as a sign of their unworthiness and foolishness, all praise the quality of the cloth that is not there. The emperor orders his new clothes from the two salesmen and once they are delivered he wears them to parade through the city with the deceitful compliance of all. A child in the crowd looks at the emperor and shouts: „The king is naked!”. The Emperor immediately realizes the truth but continues to go forward. The chamberlains in his wake keep on holding up the train that does not exist. (H.C. Andersen , The Emperor’s New Clothes , Nuages​​, Milan, 2013). 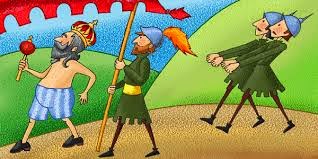 In their book The Birth of Intersubjectivity Massimo Ammaniti and Vittorio Gallese enquire into the human interactions that develop from the early days of life and describe the process that leads human beings to understand each other’s minds (Cortina , Milan in 2014). They maintain that the human ability to recognize and to comprehend each other reciprocally takes its form since the early childhood through the first human interactions and their style (“primary intersubjective matrix”). According to the authors the conscious and unconscious mind have a relational source and they think of intersubjectivity as rooted in the ego’s interbodily experience  – that is, the other mapped as a bodily self. This concept is in the line with Allan Schore’s researchs on affective communications between right brains (A. Shore, La regolazione degli affetti e la riparazione del sé, Astrolabio, Roma 2008): „When we expose ourselves to others’ expressive behaviors, reactions and inclinations, we experience simultaneously their goals and their intentionality, in the same manner in which we experience ourselves as agents of our actions; subjects of our affections, feelings and emotions; subjects of our thoughts, fantasies, imaginations and dreams” (M. Ammaniti – V. Gallese, cit, p. 17). The intersubjective truth is built  both upon the information to which we are exposed or on the unconscious ability of discrimination, based on our mirror-neurons functioning: „the empathic resonance with perceived emotions takes place unconsciously and seems to be activated through the bodies, as well as through the minds „(M. Ammaniti – V. Gallese, ivi, p. 194).

After many years now I can clearly understand the cognitive dissonance perceived by that six years old little girl, which was reporting, unequivocally, the intersubjective truth of that strange meeting and its unconscious truth.