Article by Michael Vannoy Adams, presented on the panel „Jung at the University: An Academic Challenge” at the 16th Congress of the International Association for Analytical Psychology in Barcelona, August 30, 2004. In this brilliant and provocative article Vannoy Adams writes about the absence of Jungian psychology at the universities, it’s negative outcomes and possible solutions.

What are academics interested in? They are interested in ideas. In contrast, James Hillman says, „it seems that Jungians are not interested in ideas.” Or, to be more exact, it seems that many Jungians are not interested in any ideas except Jung’s ideas. According to Hillman, many Jungians believe that „they have all the ideas they need; Jung gave them the ideas, all they need do is apply them.” Hillman says of such Jungians: „They are satisfied.” Many Jungians, he says, „simply live off Jung’s ideas” (1983: 35-6). Jungians tend to be interested in ideas other than Jung’s only when those other ideas seem to confirm Jung’s ideas. Such Jungians are ever eager opportunistically to appropriate any ideas that apparently provide such confirmation. For those Jungians, the epitome of a perfect new idea is really a very old idea that they proudly believe Jung already discovered years ago and academics only now have independently and tardily rediscovered. (Those Jungians conveniently disregard any new ideas that refute Jung’s old ideas.) This is all an attempt to defend Jung’s ideas so that Jungians can complacently continue to apply them – I would emphasize, uncritically. (…)

The absence of Jungians and Jungian psychology at universities deprives Jungians of the opportunity to participate in and contribute to the continuous process of criticism. This continuous process of criticism is vital to the growth of knowledge because it defines trends in traditions of ideas in and across the various disciplines at the university. Jungians have no intimate access to these trends in traditions of ideas. Is there any way for Jungians to make up for what they miss out on by not being at the university? If the university will not have Jungians, might Jungians still, in some significant sense, have the university? (…)

I believe that Jungians have much more to gain from the university than the university has to gain from Jungians. If that is true, then in order for Jungians to „have” the university, they are going to have to reach out to academics – and not only to those who are sympathetic to Jungian psychology but also to those who are indifferent or even antagonistic – and invite them into the Jungian scene, bring them literally and physically and psychically into it, in a variety of creative, innovative ways, in order for Jungians to have an opportunity to mingle with them, listen to them and speak to them, share with them, and, I would emphasize, learn from them. I can imagine Jungian training programs appointing academics as „fellows,” establishing guest lecture series for important academics, holding conferences on special themes with academics from various disciplines, asking academics to offer courses for candidates at Jungian training programs – and just in general opening up radically to academics in a way that would be both incredibly exciting, enriching, and, of course, disturbing – for to open up and reach out would mean for Jungians to emerge from the isolation that they have defensively indulged in for many years, participate in and contribute to a discourse of real criticism, and actively engage in a dynamic exchange with academics – and, most importantly, with other, different, and new ideas. 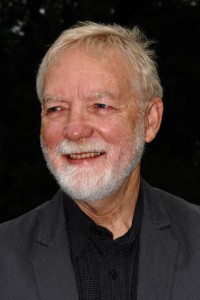 Michael Vannoy Adams lives in New York City, where he is a Jungian analyst in private practice.

Adams has written three books – The Mythological Unconscious (2nd revised edition, 2010), The Fantasy Principle: Psychoanalysis of the Imagination (2004), and The Multicultural Imagination: „Race,” Color, and the Unconscious (1996) – as well as more than 40 articles on such topics as dreams, myths, metaphor, the imagination, archetypes, literature, art, American presidential politics, the economic unconscious, the Islamic cultural unconscious, racism, anti-Semitism, semiotics, and deconstruction.

He has received three Gradiva Awards from the National Association for the Advancement of Psychoanalysis: in 2005 for The Fantasy Principle: Psychoanalysis of the Imagination, in 2000 for „Womanning: Catastrophe, Creation, and the Mythopoeic Forces of Mankind” – a Jungian study of the schizophrenic Daniel Paul Schreber, who fantasized that he was being transformed into a woman in order to have transsexual intercourse with God and be impregnated and delivered of a new world – and in 1999 for „Refathering Psychoanalysis, Deliteralizing Hillman: Imaginal Therapy, Individual and Cultural.”

He is a faculty member at the Jungian Psychoanalytic Association, a clinical associate professor at the New York University Postdoctoral Program in Psychotherapy and Psychoanalysis (the first Jungian analyst appointed to the faculty in the history of that program), and a faculty member at the New School, where he was previously associate provost. At Eugene Lang College of the New School, he teaches „Dream Interpretation,” „Psychoanalyzing Greek and Roman Mythology,” and „Psychoanalyzing Jewish, Christian, and Islamic Mythology.”

» Analysts articles on the Web » Michael Vannoy Adams – If the University Won’t Have Jungians, Then How Might Jungians Have...