The Therapy Room and the Interactive Field – interview...

The Second International Conference „ANALYSIS AND ACTIVISM: SOCIAL AND POLITICAL CONTRIBUTIONS OF JUNGIAN PSYCHOLOGY” took place in December 2015 in Rome. Following the success of the first conference, the second one was a major event, hosting a number of distinguished Jungian analysts and theorists in the field.

For the purpose of this conference, one of them, Jungian analyst John Beebe interviewed anther one, his colleague Samuel Kimbles, the pioneer of the research in the field of cultural unconscious. The recording of this conversation was shown at the conference under the title „Phantomatic Complexes: A Prod to Cultural Change”. In this exciting conversation Dr Kimbles movingly reveals his life-time interest and study of the phenomena that have been eventually described in his book „Phantom Narratives: The Unseen Contributions of Culture to Psyche„.

Today we are pioneering. We are the first one to make that recording published.

It is our honor and pleasure to introduce Dr Samuel Kimbles in conversation with Dr John Beebe. 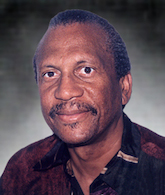 is a clinical psychologist, training analyst, and member of the faculty of the C. G. Jung Institute of San Francisco, and a clinical professor (VCF) in the Department of Family and Community Medicine, University of California, San Francisco. Between September 1, 2008 and August 31, 2010 he served as president of the C.G. Jung Institute, San Francisco. He has lectured and presented papers on topics related to the theory and practical applications of analytical psychology to professional and lay audiences throughout the United States, Africa, and Europe. He is a clinical consultant and has taught at the San Francisco Jung Institute, colleges, and universities. In addition, he has trained mental health and analytic professionals on working with the unconscious life of groups. His published work on the cultural complex is a significant contribution of the application of analytical psychology to the study of groups and society. His previous book on cultural complexes was with Tom Singer, The Cultural Complex: Contemporary Jungian Perspectives on Psyche and Society