From the blog The Psychoanalytic Muse by Mark Winborn

It is important to remember that Jung was observing and trying to understand the ‘primitive mind’ through the lens of his ‘civilized’ mind. Projecting and fitting what he thought he was observing into categories understandable to him was unavoidable since he had no other frame of reference. Apparently it did not occur to him to try to go beyond „understanding” by putting himself into the psychic and spiritual frame of mind of these ‘primitives’ nor did he have the experience to do so. He observed and analyzed them, as well as their culture and spiritual practices, but did not share or participate in these aspects of their psychic life with them. Nor was he consciously aware that he was observing a highly complex cosmological psychic system that, from the perspective of the Native American, was less linear; reflecting a sense of a Great Round where time is more circular than linear. In such a system, there is no ‘beginning’ to the cosmological story as such; where ‘creation’ ‘happened’ (was told as Story) as opposed to being ordained by a „higher power” or resulted from thought as opposed to thinking; where Story and particularly story-telling itself is the sustaining power of life. He also was likely unaware of the profound differences in language structure between verb-based oral traditional language where words, according to Tewa Professor Dr. Gregory Cajete, „that describe the world emerge directly from actively perceived experience,” and more noun-based Western Logos language which is more abstract and conceptual, i.e. more removed from the experience itself. And we now know that language, particularly language structure, has a profound adaptive and interactive relationship to and with culture and therein with the spiritual orientation of that culture… 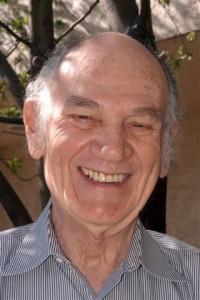 Jerome received his Bachelor’s and Master’s degrees from George Washington University, in Washington, D.C., where he was born and lived until he moved to Santa Fe, New Mexico in 1992. He began his professional career in D.C. working with several non-profit educational and training organizations for people with mental and physical disabilities before becoming the Deputy Director of Manpower Training programs in the Federal Office of Economic Opportunity.

In 1971, he, along with a business partner, founded a new social science consulting firm, RJ Associates, through which he contracted with the Navajo nation. That same year, Native American tribes were given the right to take over the administration of selected programs from the federal government under the Indian Self-Determination Act. Within weeks, the Chairman of the Navajo Nation invited Jerome to become a consultant to assist with the development of a tribal Division of Education as well as being the Tribe’s registered lobbyist on Capitol Hill. This one-week consulting assignment turned into a six-year professional relationship with the Navajo Tribe. He has maintained a thirty-five year relationship with friends and professionals and has been working to bring the wisdom of Navajo and Western healing together in a collaborative clinical model.