Some texts are short in terms of their length and longstanding in terms of their consequences for the development of the field. Such is, for instance, the well-known paper by Bion: „Notes on memory and desire”. In analytical psychology there is one brief paper by dr. Joseph Henderson: „The Cultural Unconscious”, which is the revised version of the paper presented at the National Conference of Jungian Analysts in September 1987. It can be found in Quadrant (Volume 21, No 2. 1988) or in the selection of Henderson’s essays Shadow Self

This is a late paper, an outcome of author’s already long interest in the issue of culture and cultural attitudes in its relation to analytical psychology. It presents us with clinical example which aptly illustrates the workings of the cultural levels of the psyche and the analytic work that can be done with an individual, once that layer of the unconscious is acknowledged. But the paper is also an invaluable germ of the further research into the phenomenology of the cultural aspects of the psyche which led to the discovery of cultural complexes and more. Further studies have been carried out notably by Thomas Singer and Samuel Kimbles. The most recent fruit of that reflection is the latter’s new book entitled Phantom Narratives: The Unseen Contributions of Culture to Psyche

All that reflection is not only important for the deepening of our understanding of the modern man. It is invaluable for the in-depth psychological insight into many phenomena of contemporary world. The emerging meta-theory allows for the meaningful connection of several threads and issues such as: history, individuation process in the collective, individual and collective suffering, cultural trauma and its relation to individual psychopathology, generational transmission of suffering, individual fate in the context of the collective, the nature of collective processess in groups and societies.

Henderson’s definitions are just as basic as incomplete. Such is his primary definition of the cultural unconscious, where he states: „The cultural unconscious, in the sense I use it, is an area of historical memory that lies between the collective unconscious and the manifest pattern of the culture.” As Kimbles and Singer pointed out, Henderson never fully developed his intuitions. But he initiated the pathway into the research that the others have picked up on.

The ongoing development of that basic idea proves to be invaluable both  in the area of meta-theory and clinical insights. Much has been written since that basic definition but it all starts with Henderson’s intuition. It is saturated with meaning and it set forth a new and important direction in the development of analytical psychology. Perhaps its full ramifications are yet to be actualized and integrated into our understanding of the human psyche in her connection with the soul of the world. 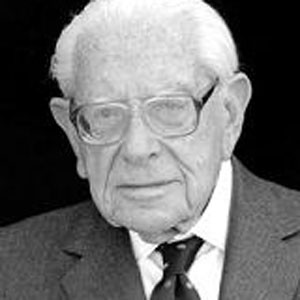 Joseph L. Henderson was born in Elko, Nevada, in 1903. He began his studies and personal analysis with Jung in 1929. After a year of clinical practice in New York in 1938, he moved to San Francisco and remained there for the rest of his life. He was a co-founder of the C.G. Jung Institute of San Francisco. He is an author of books and papers on the symbolism and cultural unconscious, psychology of initiation rites, and alchemy. In his clinical practice Dr Henderson saw many analysands and supervisees. He retired in 2005, two years before his death.