Marion Woodman speaks about her approach to therapy

„On Soul, Character and Calling”: A Conversation with James Hillman by Scott London 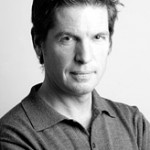 Scott London, California-based journalist, photographer and consultant talks to James Hillman about psychotherapy paradigm shift in the culture, individual calling and the responsibility it awakens towards the self and society.

James Hillman studied with the great Swiss psychiatrist Carl Jung in the 1950s and later became the first director of studies at the Jung Institute in Zurich. After returning to the United States in 1980, he taught at Yale, Syracuse and the universities of Chicago and Dallas. He also became editor of Spring Publications, a small Texas publisher devoted to the work of contemporary psychologists. And he wrote some twenty books of his own.

In spite of these achievements, Hillman was hardly an establishment figure in the world of psychology. If anything, he was looked upon by many in the profession as a profoundly subversive thinker, a thorn in the side of respectable psychologists.

As the founder of archetypal psychology — a school of thought aimed at „revisioning” or „reimagining” psychology — Hillman argued that the therapy business needs to evolve beyond reductionist „nature” and „nurture” theories of human development.

Scott London: You’ve been writing and lecturing about the need to overhaul psychotherapy since the early 1960s. Now all of a sudden the public seems receptive to your ideas: you’re on the bestseller lists and TV talk shows. Why do you think your work has suddenly struck a chord?

James Hillman: I think there is a paradigm shift going on in the culture. The old psychology just doesn’t work anymore. Too many people have been analyzing their pasts, their childhoods, their memories, their parents, and realizing that it doesn’t do anything — or that it doesn’t do enough.

London: You’re not a very popular figure with the therapy establishment.

Hillman: I’m not critical of the people who do psychotherapy. The therapists in the trenches have to face an awful lot of the social, political, and economic failures of capitalism. They have to take care of all the rejects and failures. They are sincere and work hard with very little credit, and the HMOs and the pharmaceutical companies and insurance companies are trying to wipe them out. So certainly I am not attacking them. I am attacking the theories of psychotherapy. You don’t attack the grunts of Vietnam; you blame the theory behind the war. Nobody who fought in that war was at fault. It was the war itself that was at fault. It’s the same thing with psychotherapy. It makes every problem a subjective, inner problem. And that’s not where the problems come from. They come from the environment, the cities, the economy, the racism. They come from architecture, school systems, capitalism, exploitation. They come from many places that psychotherapy does not address. Psychotherapy theory turns it all on you: you are the one who is wrong. What I’m trying to say is that, if a kid is having trouble or is discouraged, the problem is not just inside the kid; it’s also in the system, the society.

London: You can’t fix the person without fixing the society.

Hillman: I don’t think so. But I don’t think anything changes until ideas change. The usual American viewpoint is to believe that something is wrong with the person. We approach people the same way we approach our cars. We take the poor kid to a doctor and ask, „What’s wrong with him, how much will it cost, and when can I pick him up?” We can’t change anything until we get some fresh ideas, until we begin to see things differently. My goal is to create a therapy of ideas, to try to bring in new ideas so that we can see the same old problems differently.

» Interviews, Resources » „On Soul, Character and Calling”: A Conversation with James Hillman by Scott London

One Response to „On Soul, Character and Calling”: A Conversation with James Hillman by Scott London