Stanton Marlan – The Black Sun: The Alchemy and Art of Darkness

A note from the Publisher:

The black sun, an ages-old image of the darkness in individual lives and in life itself, has not been treated hospitably in the modern world. Modern psychology has seen darkness primarily as a negative force, something to move through and beyond, but it actually has an intrinsic importance to the human psyche. In this book, Jungian analyst Stanton Marlan reexamines the paradoxical image of the black sun and the meaning of darkness in Western culture.

In the image of the black sun, Marlan finds the hint of a darkness that shines. He draws upon his clinical experiences—and on a wide range of literature and art, including Goethe’s Faust, Dante’s Inferno, the black art of Rothko and Reinhardt—to explore the influence of light and shadow on the fundamental structures of modern thought as well as the contemporary practice of analysis. He shows that the black sun accompanies not only the most negative of psychic experiences but also the most sublime, resonating with the mystical experience of negative theology, the Kabbalah, the Buddhist notions of the void, and the black light of the Sufi Mystics.

An important contribution to the understanding of alchemical psychology, this book draws on a postmodern sensibility to develop an original understanding of the black sun. It offers insight into modernity, the act of imagination, and the work of analysis in understanding depression, trauma, and transformation of the soul. Marlan’s original reflections help us to explore the unknown darkness conventionally called the Self.

The Black Sun is a part of Analytical Psychology Series of Texas A&M University Press.

. . . an exquisitely written and produced volume . . . a veritable reader’s feast which is teeming with quotations from many cultural, literary and artistic sources. It is a celebration of darkness, if such a thing can be imagined. Marlan explores the meaning of blackness, melancholia and depression through case studies and amplifications from alchemy and the arts. —Journal of Analytical Psychology

In The Black Sun, Stan Marlan takes us on an unflinching and ultimately healing journey through the shadowed land of despair where most abandon all hope. There, we find, a strange light shines, and in that light we can discern what is otherwise invisible. Marlan teaches us how to see in the dark. —Murray Stein, author of Jung’s Map of the Soul

Since Jung first opened the obscurities of alchemy to psychological insight, no one has done a book as thorough, as rich, and as significant as this astounding work by Stanton Marlan. More: it reaches beyond Western alchemy into Eastern knowledge and arcane systems of inspiration, and yet it is directly relevant to the darkness eclipsing the consciousness of our time. —James Hillman 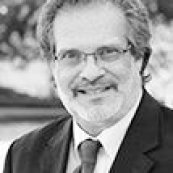 Stanton Marlan, a Jungian analyst in private practice in Pittsburgh, is the editor of the Journal of Jungian Theory and Practice, the editor of two previous books on alchemy, and the author of numerous articles on Jungian psychology. He is an adjunct clinical professor of psychology at Duquesne University, he has a longtime interest in alchemy, archetypal psychology, Asian philosophy, and postmodern theory.

» Books » Stanton Marlan – The Black Sun: The Alchemy and Art of Darkness