Symptom, Symbol, and the Other of Language by Bret... 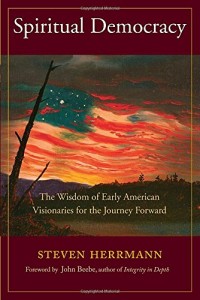 In his book „Spiritual Democracy: The Wisdom of Early American Visionaries for the Journey Forward” the author reflects upon the idea of spiritual democracy as traced in the work of great American poets. He begins though with an inspirational work of Alexander Von Humboldt and his influence on the writers described. Even though this is the book about an American experience and also about the American national complex, it carries wide implications, for it touches upon the idea of global oneness. In his analysis, Steven Herrmann is touching on the very actual issues that are relevant not only in terms of one nation but for whole of humanity as well. Some reviewers of this bok point that it represents literally criticism merged with spiritual attitude. Jung can be looked at from the perspective of bridges between depth psychology and spirituality. The author of this book, a Jungian therapist himself and a poet, makes an elaborate contribution in this area, combining his skillfulness in theory and practice of literature with psychological insight.

Murray Stein in his praise for the book wrote:

„Steven Herrmann carries the visionary message of Walt Whitman, Herman Melville, Emily Dickinson, and William James forward into our time with the added inspiration of C. G. Jung. Spiritual Democracy puts the idea of democracy back to where it belongs, as a shining example of the human spirit at work in the evolution of human culture and social architecture.” 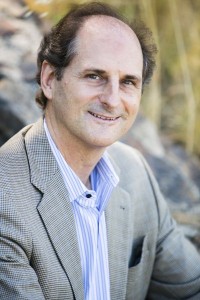 Steven Herrmann, Ph.D. has published over thirty papers and two books, William Everson: The Shaman’s Call (2009) and Walt Whitman: Shamanism, Spiritual Democracy, and the World Soul (2010). He has taught on the subjects of Whitman and Melville at the C. G. Jung Institutes of San Francisco, Chicago, and Zurich, as well as at the Washington Friends of Walt Whitman, UC Berkeley and UC Santa Cruz. Herrmann’s expertise in Jungian Literary Criticism makes him one of the seminal thinkers in the international field, and a foremost authority on Whitman and Melville in post-Jungian studies. Herrmann, a poet and Jungian psychotherapist, has a clinical practice in Oakland, California.