There are situations in which the psyche uses defense mechanisms that were useful for the psychological survival in childhood, but in adulthood they are not and 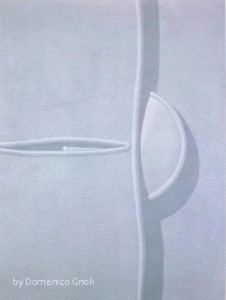 may even become harmful, blocking the psychological growth and hindering the process of regeneration. The situations which I am going to present in this article are extreme situations, very rare and painful, but it is interesting to analyze the psychic images that accompany them, to grasp some warning signs. These are three people who died prematurely of cancer: Domenico Gnoli died at age 37, Mary at 12 and Luke at 47 years.

The paintings of Domenico Gnoli 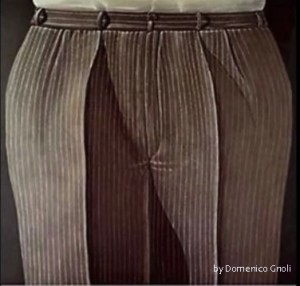 Domenico Gnoli, a painter, illustrator and scenographer, died of cancer at the age of 37 (New York, 1970). He began to paint these pictures five years before his death. We ​​know that he lived in the United States and traveled a lot: London, Mallorca, Brazil, Vietnam, Hong Kong, Australia.

Looking at the pictures by Domenico Gnoli I was struck by the choice of detail, as if to isolate something that otherwise would be dangerous, the perfection of representation and especially the feeling of stillness that takes over the image. Everything is aseptic, perfect and tidy, everything is simple and accessible. What is missing is the movement. 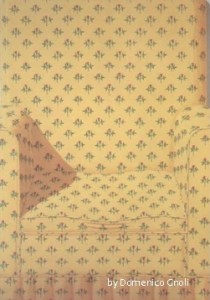 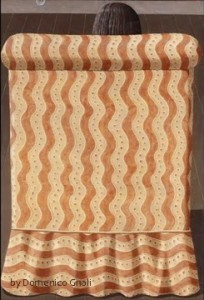 Gnoli draws an empty chair (image 3). To represent a female he chooses to do so from behind. You see the back of the chair with the head of a woman sticking out over the back, unattainable (image 4). It can be assumed that his life was lived behind a screen without a real encounter with the other. 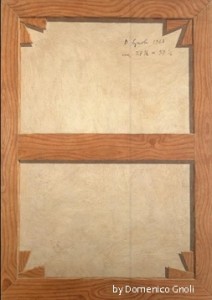 Gnoli represents the back of a painting and this choice represents him a lot (image 5). He lived behind something, a screen that protected him.

Flavio Caroli speaks of a glass plate.  „… He found the glass plate as a child. … From the Fortress of Spoleto, with glass, the world seemed orderly, peaceful and watchable. Things. Cars. Trees. It was enough to get in front of the world, to watch and close the channel that carried calls and blackmail. … Things were shown on the screen sharp and devitalized. The world could do much harm if you were unable to anesthetize it. So he, Domenico Gnoli, decided to represent anesthesia.” [1]

This is what he sees behind the glass plate. He does not transmit the feelings of gaze. The emotions are anesthetized. There is no possibility of emotional contact. The woman can be seen from the behind, or at best from above. 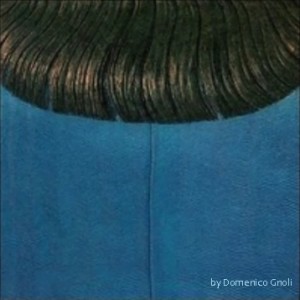 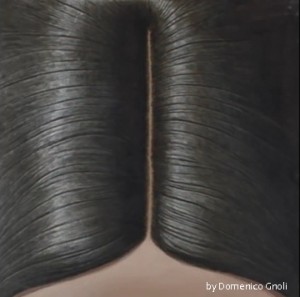 In addition, the division designed so carefully, reminds us of another fissure, a refined anesthetic operation of any desire, petrified and devitalized detail (image 7). Eros is anesthetized and loses all creative power. This emotional anesthesia is a defense mechanism that has become harmful.  What began as a defense necessary to the survival of a child, became a trap that blocked all psychic movement. Everything becomes still.  An evolution or a transformation is now impossible.  It often happens that we make our unbearable emotions momentarily cold. It is a healthy defense that helps us to manage emotions which are too painful. However, when this defense prevails over all others, by becoming pervasive on many situations of our life and persistent over time, then it can be harmful for our psychological well-being.

Mary is a 12 year old girl, admitted to a pediatric oncology department for kidney cancer. Stefano Marinucci, child psychiatrist and Jungian psychoanalyst, reports his case dealt with Sand Play Therapy (image 8). It mainly strikes the fact that „The girl employs most of the time in session to smooth and compress the wet sand with the palm of her hand.”  Mary represents a „small town where everything is calm and orderly; each has its place and everything is working fine.”  While working on the sand she says, „above all there is no confusion … I hate it … it’s a place where I would like to live, actually, it seems to be the place where I live.”  Mary repeats this movement in sand also in the two subsequent sessions, with similar contents. Subsequently, she wouldn’t want to play with the sand. She died a few months after her first sand experience.

It mainly affects the high degree of control because everything is in place, because „there is no confusion,” as she puts it. Unlike the Sandplay of other children, also admitted to pediatric oncology, where dinosaurs, battles, wild animals, excavators and construction sites appeared. Marinucci suggests an important reading: if it represents conflict and confusion, there is a possibility of evolution and elaboration. The prognosis is better and healing becomes possible. Where everything stands still, petrified in space and time, there is no evolution, there is no history. The prognosis is not good, and healing becomes difficult. This defensive mechanism of Mary, controlling everything by thinking, to put everything in order, as if her life were a photograph, a still image of something infinite that doesn’t flow.  It is something that blocks the psychological nourishment. A “keep out” of aggressive drive, experienced as dangerous, without being able to perceive it as bearer of deep needs. Of course the young age of Mary suggests that this attitude is what she lives in the family, what she learned and lived with her parents, so in her case you must also consider the parent context. [2]

Luke’s dream, 47, ill with a lung tumor with brain metastases.

„I’m in a restaurant sitting at a table with a woman. The woman is Mrs. Rossini and we are waiting to eat. But I sat facing the wall and I give my back to the lady. „

I ask him why exactly Mrs. Rossini (fantasy name), and Luke tells me that she is the wife of an important person of the city. This lady is known for a bad accident. A few years earlier, while in reverse in her backyard, she hit and killed her 5 years old son. Luke chose a female symbol in some way linked to death. When the child is seen as a possible project, this woman cannot develop her projects. The position of Luke at the table in the restaurant is interesting:  sitting at the table but turned towards the wall, he doesn’t look at the woman, he does not meet her. And the questions that arise spontaneously are: why does Luke in the dream doesn’t turn to the woman? And why doesn’t he get up and go away? It depicts Luke’s deadlock: he cannot meet the woman, probably because it is a female with destructive values. But he cannot go away, he stays there, in a situation without any possibility of growth. Luke died a few months later, and I believe that this dream represents very well his psychic dynamics. Trapped in a situation without the possibilities for development. Neither encountering the woman, to fight for the creation of new projects, nor going away to seek new situations. The self-deception of Luke is in a deadlock, as in a chess game. The game is blocked. No move is possible. The game ends without a choice.

When a defense does not protect anymore, it may become harmful to the psychological well-being. As a tree with cut roots. It can no longer nurture from the soil. It is no longer in contact with the regenerating energies of unconsciousness. The tree can keep its great foliage for a while, its sturdy trunk, but then the regenerative processes fail and the tree slowly begins to dry up.

Such serious cases must be approached with great humility. We must accept the unknown, put aside reference to theories. We must welcome the mystery of life and death. In these cases, the significance that connects the organic symptom with mental well-being is lost. We cannot distinguish the cause from the effect. The causal link is lost. But we can make some reflections when the defense mechanism becomes too strict, persistent and pervasive.

Domenico Gnoli in the last five years of his life changed his way of painting by devitalizing reality, taking away any emotional value. He anaesthetized his emotions to protect himself from the devastating emotions. Emotional tsunami that better to keep out of consciousness. Maria controlled everything with precise ways, meticulous, repetitive to keep out the mess, the chaos, the 'confusion' as you call it. The Shadow becomes menacing, frightening, distressing, so the defense is focused on keeping her at a distance.

Luke in his dream remains seated at the table of the restaurant without a chance to meet his soul figure. A meeting that could have developed into a confrontation. In a battle to process his values ​​bearers of death, or he could have gotten away, separate from this figure of a deadly soul, to open to a new encounter.
In all three cases, a defense of immobility predominates. The Shadow is not contacted and cannot feed the ego with its regenerative and creative effects.

Therefore, in cases where the defense is too rigid, persistent and pervasive, it is important to assess the appropriateness of a psychotherapeutic process. If the somatic discomfort is not too advanced, you can hope to bring some flexibility to the defense mechanisms.