Wolfgang Giegerich – The Flight Into The Unconscious An Analysis of C.G. Jung’s Psychology Project

Psychological analysis usually sets its sights upon the patient or upon cultural phenomena such as myths, literature, or works of art. The essays in this volume, by contrast, have another addressee, another subject matter-psychology itself. Deeply informed by Jung’s insight regarding the discipline’s lack of an objective vantage point outside and beyond the psyche, their Jungian author again and again turns Jung’s contribution to psychology around upon itself in the spirit of an immanent critique. Cutting to the quick, the question is put: in its constitution as psychology is Jungian psychology up to the level of what its insight into psychology’s lack of an Archimedean point would require? Are the interpretations it gives of its various subject matters-alchemy, religion, the unconscious and the rest-matched by its interpretation of itself? Has its meeting itself in them had consequences for itself, consequences in terms of the fathoming of its own truth? Or clinging to the standpoint of empirical observer, did it ultimately demur with regards to the question of their truth and its own-this despite Jung’s having characterized his work as an opus divinum? Topics include Jung’s psychology project as a response to the condition of the world, the „smuggling” inherent in the logic of „the unconscious,” Jung’s communion fiasco, the closure and setting free dialectic of alchemy and psychology, the blindness to logical form problematic, the faultiness of the opposition „Individual” and „Collective,” Jung’s thinking the thought of not-thinking, the veracity of his Red Book, the disenchantment complex, and, as indicated in the title of this volume, Jung’s psychology project as a counter-speculative „flight into the unconscious.” 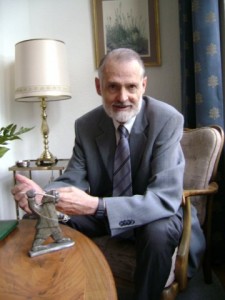 Wolfgang Giegerich was born in Wiesbaden, Hesse. He studied at the University of Würzburg and the University of Göttingen, and obtained his Ph.D. from the University of California at Berkeley. He received a Diploma from the C. G. Jung Institute–Stuttgart. After many years in private practice in Stuttgart and later in Wörthsee, near Munich, he now lives in Berlin. He has been a regular speaker at the Eranos conferences, and repeatedly taught as visiting professor at Kyoto University, Kyoto, Japan. He was on the faculty at Rutgers University from 1969 to 1972. He has lectured and taught in many countries (Germany, Switzerland, Austria, England, Italy, the USA, Russia, Japan, and Brazil) and before many professional societies. His approximately 200 publications in the field of psychology, in several languages, include fourteen books. As a training analyst and supervisor, he currently writes, teaches, and works on publishing his collected English papers in psychology.

The major goal of this approach is to redefine the notion of psychology (the logos of the soul) as it has emerged as a discipline in Western thought. Giegerich’s perspective is influenced by the traditional depth psychologies of Sigmund Freud and Carl Jung, and more recently James Hillman’s archetypal psychology. Unlike both Sigmund Freud and Carl Jung, Giegerich argues that the methodology of the empirical sciences is an inadequate basis for the study of psychology. Rather, he draws on the phenomenology of Martin Heidegger, the notion of the dialectical movement of consciousness from G. W. F. Hegel, and like Jung, he uses various transformational ideas from medieval alchemy. Additionally, in contrast to modern academic psychology and to the various schools of psychotherapy, Giegerich argues for a shift in focus from the individual, whose very definition has changed radically throughout history, to a focus on the cultural mind, evolving zeitgeist, or as he prefers, “the soul,” which is what ultimately gives rise to the changing understandings of what it means to be an ‘individual’. It is this movement of soul or a culture’s mode of being-in-the-world, which when viewed within a historical context, is the primary interest.

The International Society for Psychology as the Discipline of Interiority

» Uncategorized » Wolfgang Giegerich – The Flight Into The Unconscious An Analysis of C.G. Jung’s Psychology Project