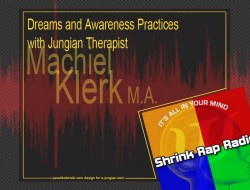 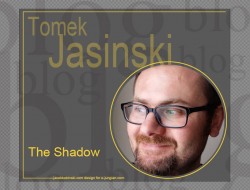 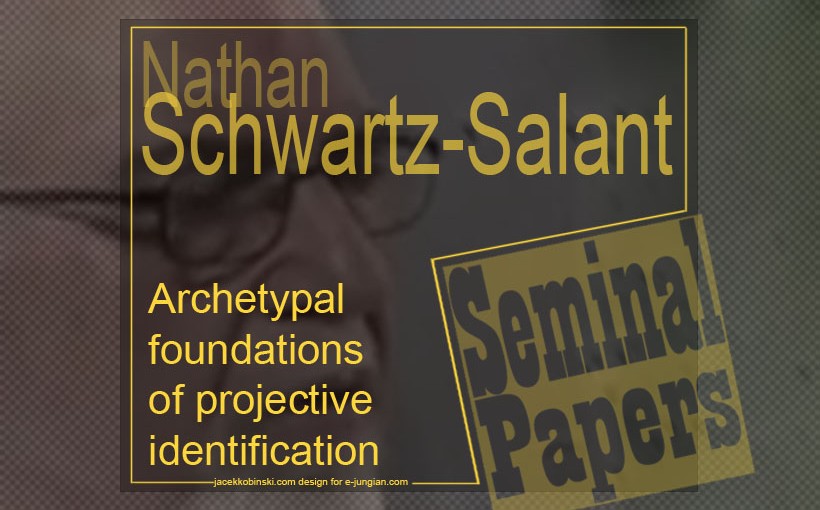 During one of Nathan Schwartz-Salant’s seminars someone asked him what would be the particular Jungian approach to the topic that was the subject of group’s discussion. And he answered: “I won’t tell you what the Jungian approach is but I can tell you about my approach. You see, I have got enough mileage hiding behind Jung, so I decided that I will stop doing that and speak in my name”.

To me the anecdote describes this brilliant post-Jungian thinker and practitioner in an extraordinarily adequate way. If you have had a chance to hear his own story of his development and his training, followed by the reading of his papers and books, you can have a sense of someone who basically knows what he is talking about. I have always thought of Schwartz-Salant as one of those few Jungians capable of bridging original depth of analytical psychology with so many other schools of thought, and without losing site of the original value of the particular Jungian Weltanschauung. And he brings to his thinking his own originality. Even though for some controversial, one could hardly deny its heuristic value and clinical soundness.

Nathan Schwartz-Salant might widely be best known from his already classic books, such as “Narcissism and Character Transformation…” or “Borderline Personality: Vision and Healing”. Today I would like to bring your attention to one of his papers entitled “Archetypal Foundations of Projective Identification”. It has been published in Journal of Analytical Psychology in January 1988, Volume 33, Issue 1.

The paper is a good presentation of some points of the originality of author’s thinking. This elaboration on the deep unconscious aspects of relationship juxtaposes various Jung’s descriptions of these states of shared minds with the basic psychoanalytic concept of projective identification. He is reaching for many different concepts and ideas, the modern physics included. Schwartz-Salant is using Jung’s original model of transference relationship and some key post-Jungian ideas, to make connection with Klein’s concept and to show how those different conceptual framework describe similar areas of psychic experience and therefore can be informative for one another. Later in the paper he points out an interesting aspects of Jung’s original model embedded in his basic essay “Psychology of Transference”, with use of the well-known woodcut series from Rosarium Philosophorum. His comment on the relational aspect of Jung’s thought seem soundly important. His further elaboration on the relational dynamics with use of so-called Axiom of Maria Prophetissa is both uncomplicated and inspiring, all the more so that is clearly illustrated with clinical material. Schwartz-Salant recognizes the original use of those phenomena and then follows with his own fresh reading of them. He shows how Jung’s alchemical metaphor is very practical and fundamentally clinical and not abstract or disconnected from everyday practice of contemporary clinician. He says that alchemy is the best metaphor to deal with the mad parts of sane people, because of its emphasis on chaos.

The author explains how the original Kleinian concept can be used to conceptualize much more than just the “transfer of information”. In this paper he integrates several concepts from analytical psychology and psychoanalysis to express his own particular approach to deep unconscious processes that are active in human relationships and can be of value when recognized as such in therapeutic relationships with patients. Even though based on many inspirations from post-Jungian and non-Jungian concepts, his basic idea seem to me in great accordance with the original spirit of Jung’s idea of what the analysis is about. It is the situation when we make the decision to refrain from (so often premature) interpretations, which are meant to serve the process of so-called “projections withdrawal”. When we follow the process and let it unfold, we trust the basic natural capacity of the psyche, with containing and understanding presence but without too much interrupting.

Schwartz-Salant, despite his anecdotal declaration, seem to me very Jungian in a best sense of the word. He is clear about what the reductionism of interpretative work can become about and, what is really important, in the same time he is far from being clinically naïve. I highly recommend this paper to be the source of inspiration or argument.