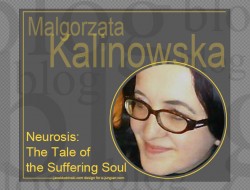 Neurosis: the tale of the suffering soul 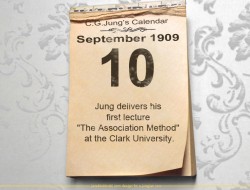 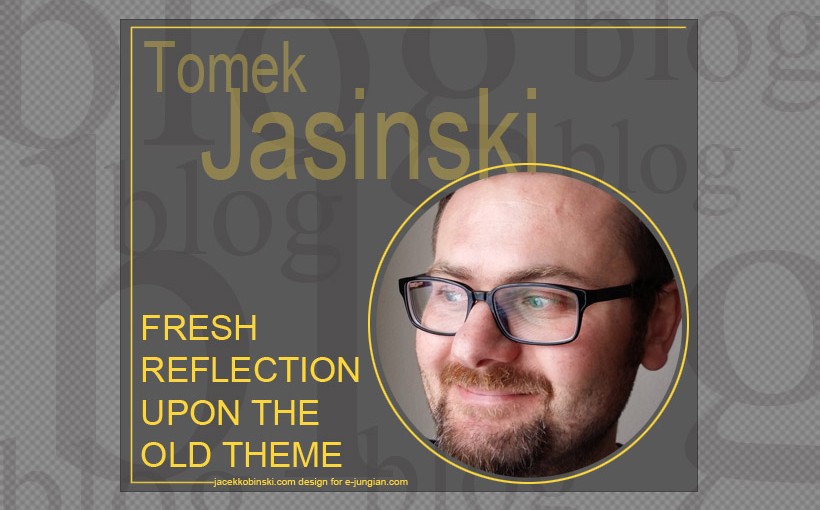 FRESH REFLECTION UPON THE OLD THEME

This July we celebrated Jung’s 140th Birthday. In the same time, we celebrated our own first anniversary. And only once in a lifetime you get to get a single candle on your birthday cake. E-jungian.com is one year old now. Natural time for editors to look at their child with tender eye.

When I look at this child I see that imagination gave birth to something that truly flourished and acquired some unique characteristics, even though sometimes contrary to our hopes or expectations. Some sections developed, whereas others just didn’t want to, just like in life of a growing child. I consider it essential that parents do take care of frames and directions but then let the child grow in his or her own pace and format. No child belongs to parents. This child does not belong to us neither. It belongs with the virtual communal space. We collect information, make references, we publish posts and write texts, and then they get on with their life in cyberspace – and the eternal life for that matter. As my friend Jacek, our Graphic Editor pointed to me, once you put an image there, it is there. It remains there forever.

By the time of the first birthday the child should be capable of standing alone. And so the journey into the wide world really begins. Usually it is still too early for self-reliant walking. It seems like e-jungian.com is ahead of schedule. It already visited 105 countries, which is more than half of the official world register. It is a hell of a travelling for such a little baby. The parent cannot help to be in awe. And in deep respect for all those people who took their time to invite this child to their homes, even if for a moment. There have been people far away from where the child was born. People from distant places like Nepal, Ethiopia, Kirgizstan, Zimbabwe, Ghana, Kenia, Sri Lanka, Nigeria, to name but a few. Altogether over 41,000 visits as for today. The child is growing up at fast pace.

However, it is not simply about numbers, nor is it about popularity measured by those ubiquitous polls or clickability. They are all important and obviously each parent fantasizes about the child becoming “a star”. Yet in the time of anniversary I really think of what lies underneath. As a Jungian, I believe that all images and words are ultimately leading us to the beyond. The aspect of reality, which is merely approached and barely depicted with everything we are capable of expressing. E-jungian.com, despite the “.com”, is not an outcome of commerce but that of passion. Certainly it is the passion to “historicize”, as Malgorzata wrote earlier. Let me put that historicizing in historical context. What are we really aiming for by collecting texts, images and sounds at that particular time in history? Little doubt that we are living in a particular time. It is a transitional time. We are passing from one epoch into another. There is little argument about that. Suffice it to read a theme for the next 2016 IAAP International Congress in Kyoto: “Anima Mundi in Transition”.

Our present time reminds me of the famous curse “may you live in interesting time”. It is supposedly derived from Chinese saying: “better to be a dog in a peaceful time, than to be a man in chaotic period”. Be it as it may, to be a man in chaotic period puts onto man certain responsibility. It is in accord with Jung’s dictum that the urge to expand consciousness, typical of humanity, leads to basic moral responsibility. It is also the responsibility to recognize the moment in history and to safeguard important values.

And this is what we shall be passionate about. Out of such passion came out the need to create an online magazine that will not only connect drops of information together but will also safeguard images and texts representing values that for each of us have become our life values, in one way or another. There is an underlying sense of shared responsibility for meeting the objective psyche and a life of Jungian ideas in and through phenomenon of World Wide Web.

While expanding the site we could gradually realize that the Web is relatively sparsely populated by Jungian resources. Perhaps there is even a discrepancy between this fact and the popularity of Jung’s ideas. Certainly, Jungian thought is broad and invites many inspirations. It inspires the very field of helping professions and so many more. Regardless of what people do, or attempt to do, with Jung’s thought, there is sharing of a certain common world-view: the particular understanding of the objective psyche, the meaning and purpose of life, the symbolic and the spiritual.

Psychology used to be all clinical (ref: Greek “κλινική”). Or perhaps there was no compartmentalization in psychology. It was also married to psychiatry. Then it circled a loop. Through aspiration to become more and more academic, and then back into the bizarre relationship with her ex-spouse, in which words ceased to mean what they meant. The society of soul-healers quickly became divided between “medical doctors” and “lay people”. But actually they both have changed. The change in language accompanied by the change in attitude. Psychopathology, the tale of the soul’s suffering, once the subject of passionate care, has become something to deal with. And to what extent psychiatry (ref: Greek “ψυχιατρική”) remained the healing of the soul? Are all those pills on the market really a soul-healing pills? Perhaps as never before we are so overstretched between the trap of inflation and danger of denigration. Where is the place for analytical psychology in the world of efficiency-based attitudes? I am afraid of this progressive march towards efficacy. Listen to our language, how it has become so technical and militarized. We talk so much about defenses, interventions, strategies, resistance… It is easy to forget that the butterfly of human soul is delicate and our responsibility is grand. But it places us in between grandiosity and abandonment. It is easy to set up a treatment plan and abandon witnessing. To me, the approach to psyche that has to do with respect and witnessing, is the connecting principle for us all.

This so–called “interesting time” brings high tensions. How to part with what is known and not get lost in unpredictability, while “there is nothing at the center”? Maybe between the tendency to cling to the past and an anxiety ridden urge to design the future, there is still a space for witnessing. It is difficult to tell the safeguarding of values from clinging to the past. It is easy to cling, be it for the sake of power principle or because of sheer fear. We have to recognize that in safeguarding there must be room for transformation so that ideas can take their best possible form, given the present circumstances.

There is no transition without crisis. Perhaps our ideas aren’t in crisis but it is us who are in crisis of ideas. Could it be that the apparent crisis is in fact the redefinition of meaning in the context of new emerging circumstances? Along the lines of such tensions are localized some recent arguments, like the one between Marco Heleno Baretto and Mark Saban. To me it is not as much about taking sides, as it is about being a witness to the emergent meaning. When brave people are getting involved in bold arguments, when they are not discouraged with the strength of this Auseinandersetzung, they create an opportunity to see the transforming landscape, an internal collective constellation lying underneath and leading beyond the content of their disputes.

The question of Jungian identity is as old as analytical psychology itself. The affective fire has been ignited by the Jung himself, when he was supposed to say: “Thank God I’m Jung and not a Jungian”. But we all are! And inasmuch as we are, we are doomed to ask that question not only in our own souls but also to one another. Does the old question sound anew in the “interesting time” of global transformation? And what would be the pitch of that new sound?