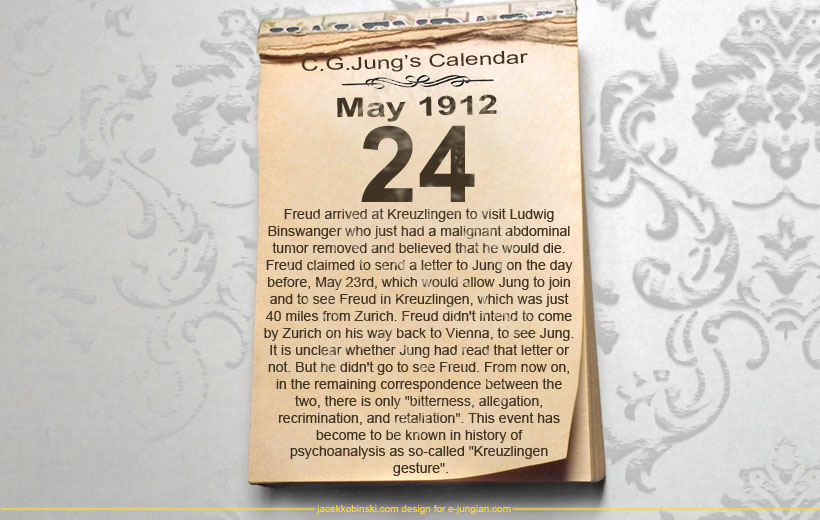 Freud arrived at Kreuzlingen to visit Ludwig Binswanger who just had a malignant abdominal tumor removed and believed that he would die. Freud claimed to send a letter to Jung on the day before, May 23rd, which would allow Jung to join and to see Freud in Kreuzlingen, which was just 40 miles from Zurich. Freud didn’t intend to come by Zurich on his way back to Vienna, to see Jung. It is unclear whether Jung had read that letter or not. But he didn’t go to see Freud. From now on, in the remaining correspondence between the two, there is only „bitterness, allegation, recrimination, and retaliation”. This event has become to be known in history of psychoanalysis as so-called „Kreuzlingen gesture”.