God Within: The Christian Gnostics, Jung, and The Seven Sermons to The Dead 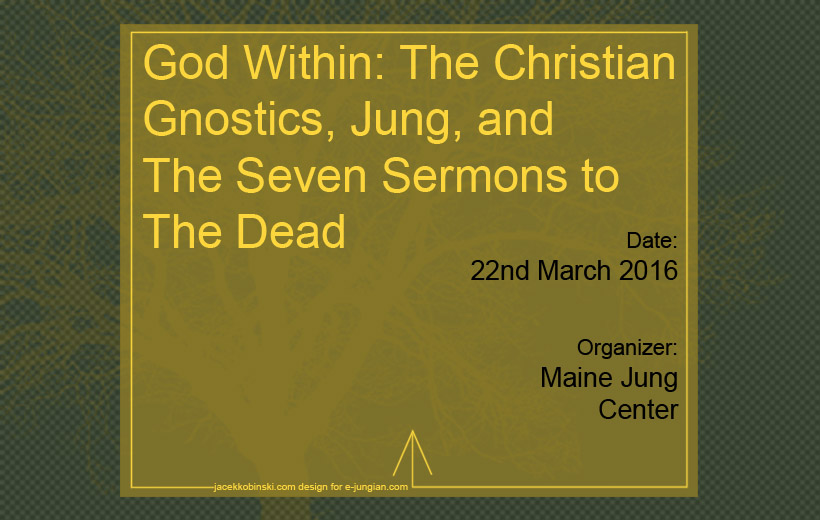 A reading of Jung’s Red Book: Liber Novus, released in 2009, reveals that his 1913-17 descent into his unconscious was much like the experiences of the early Christian Gnostics. In 2005 Dr. Holt presented a course at the Center entitled God Within: Christian Gnosticism and C.G. Jung. These past few years he has learned more of the development of very early Christianity, including Paul’s interpretation of the meaning of Christ, the Gospels  of John and Thomas, and the intersection of the Gnostics with the early church. Before and during his descent into his unconscious Jung had been reading extensively about the Gnostics. He later studied the Alchemists and stated that they formed the link from Gnosticism to his own formulations  of the Self, individuation, and the Collective Unconscious.

The course will take place on four consecutive Tuesdays beginning with March 22nd.

Much material  in the course will come from Stephen Hoeller’s The Gnostic Jung and the Seven Sermons to the Dead. The course will explore what Hoeller calls “…the creative conjunction  of ancient Gnosticism and the modern Gnosis of Jung.”  Much of the course will be presented with Power Point, but there will be time for discussion  and questions.