Politics Culture and Soul: A National Conference on the 2016 Elections 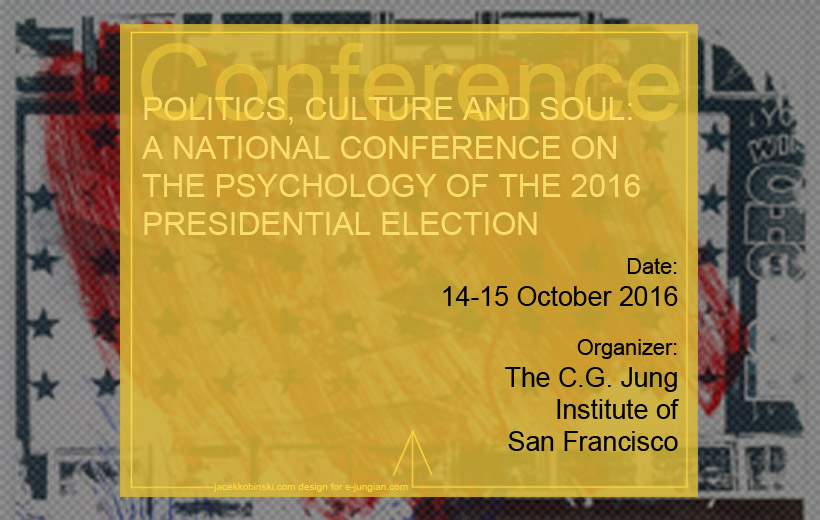 The Jung Institute of San Francisco

A letter of invitation from Thomas Singer:

I am excited to announce that the San Francisco Jung Institute will host its fifth consecutive Presidential election year conference in October, 2016.  Beginning in 2000, we have hosted a conference every four years to discuss presidential politics and the state of American culture.  This year’s conference is entitled “Politics, Culture and Soul:  A National Conference on the Psychology of the 2016 Presidential Election.”  As you are all well aware, this year’s election has already been tumultuous.  Both Hillary Clinton and Donald Trump have the highest “negative” ratings of any Presidential candidates in history. It promises to be very heated and very ugly—but also revealing of the deep splits in the national psyche.    I am attaching a pdf brochure of the event, a link to information about the event, including information about each of the speakers, dates, times, etc. I am also including a link to register.  We hope that some of you will be able to attend.
Best,
Tom Singer

From The Jung Institute of San Francisco event announcement:

Our current election atmosphere is profoundly confusing and disturbing—filled with hope for a new order among many, despair at the existing order among most, and indifference in a growing percentage of the population. Everywhere we look, we are confronted with seemingly insoluble, urgent problems that defy rational and humane resolution: climate change, the growing discrepancy between rich and poor, the influence of money on political and cultural life, immigration trauma on an unimaginable scale, racism, sexism, consumerism, terrorism, war—to name just a few ingredients in our cauldron of corrosive conflicts. Has the world always been this endangered with every generation imagining itself on the brink? In such times, politics, cultural values, and the soul of both individuals and groups get inextricably mixed up with one another and perhaps at no time is this more highlighted than in the garish glare of uninterrupted media attention during modern American presidential elections.

This is the 5th consecutive Presidential Election Year Conference put on by the C.G.. Jung Institute of San Francisco, beginning with the first of this series in 2000. It brings together scholars and psychoanalysts from across the country and abroad to share their observations and seek an understanding of how the democratic ideal of a country based on respect for differences has devolved to a new low in turning differences into divisiveness. The program will put the nation’s psychological state on the analytic couch to come up with a vision of what motivates it and how its dynamic processes create further division and separation that defies our hopes for reconciliation and wholeness. The goal of this conference is not to provide conventional wisdom, not to forecast results, not to campaign for one party or another – although that is often hard to resist – but to seek understanding of what all the sound and fury is about and what is happening to the American people and the soul of our democracy. 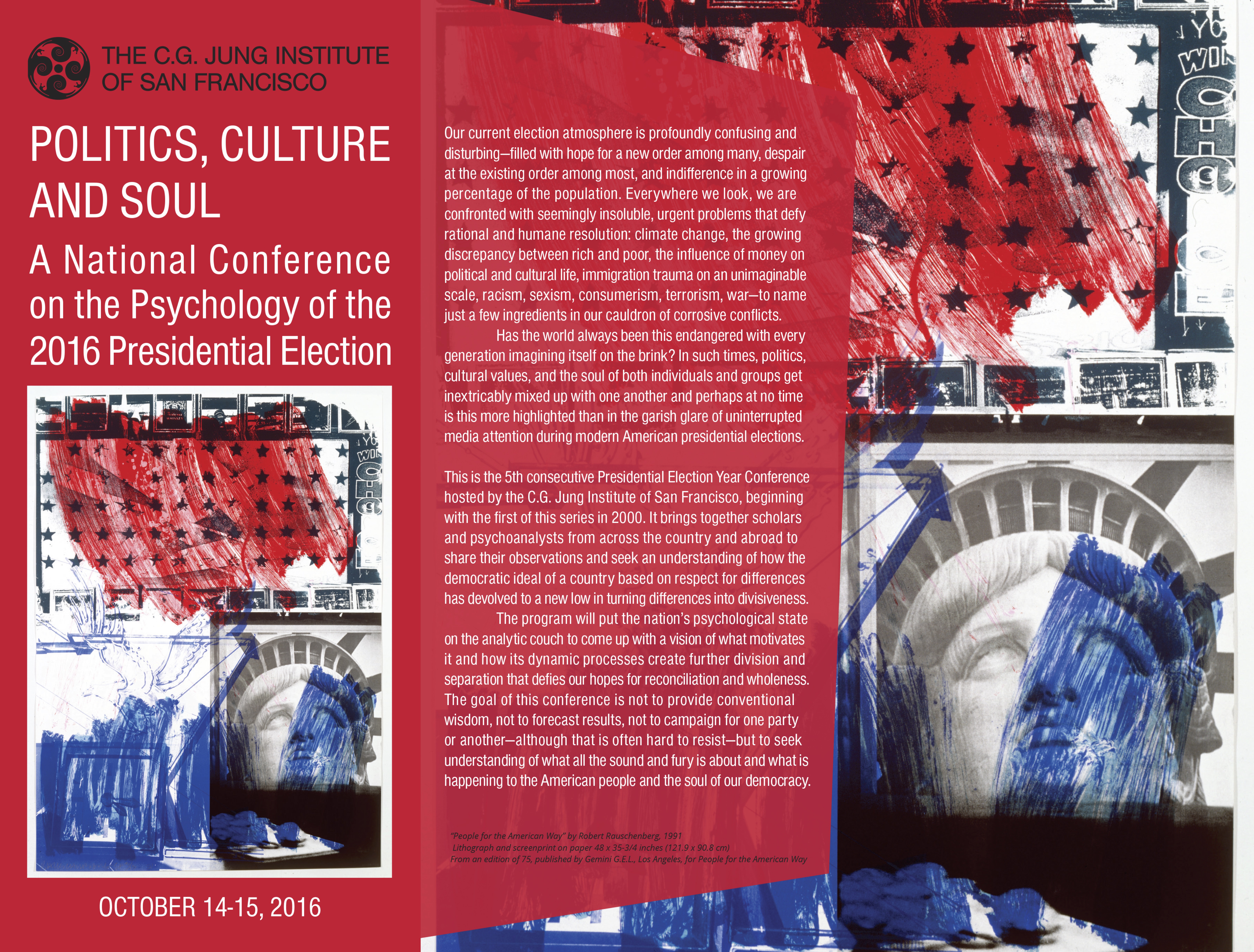