The evil of violence in post-modernity: psychopathology of violent behaviours Depth Psychology, Humanism, and Religiosity in the third millennium 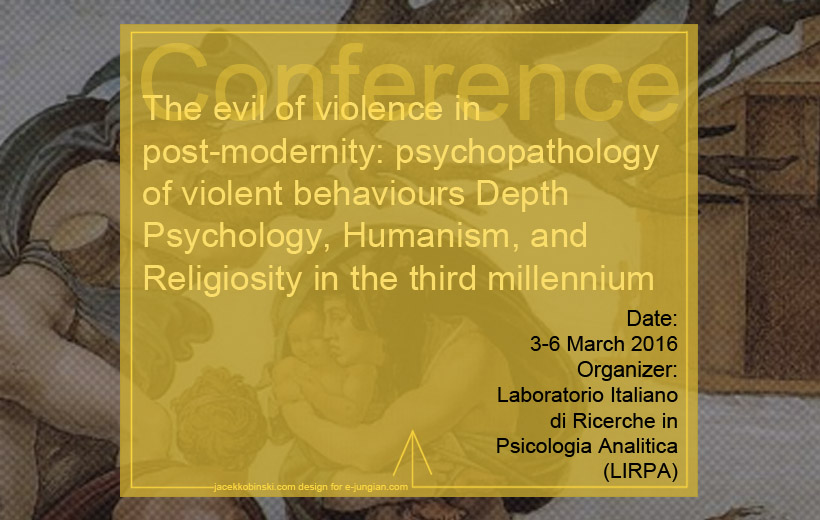 This conference was born out of a reflection made by various schools of depth psychology, of which Analytic psychology is an important part, on the question of evil and suffering that dominate relationships between people in the post-modern society. Indeed, we see hatred and violence out of every corner as part of our daily life. The death of God and the beheading of transcendence have indelibly marked the conduct of a society that seems inescapably heading towards self-destruction. The salvation of human being and his anthropological dimension, therefore calls for a rediscovery of the meaning of life. Over the 20th century, the Freudian „return of the repressed” has freed drives and instincts, until taken to the extreme of the dehumanization of post-modern society. At the dawn of the 21st century, on the contrary, the recovery of our own humanity has become crucial. This, after being inflated by science, enlightenment, and technological omnipotence, shows its true colours: a colossus with feet of clay that has been deprived of its vital anchor to the sense of existence and transcendence.