Thinking About the Transference: a Conference for Clinicians 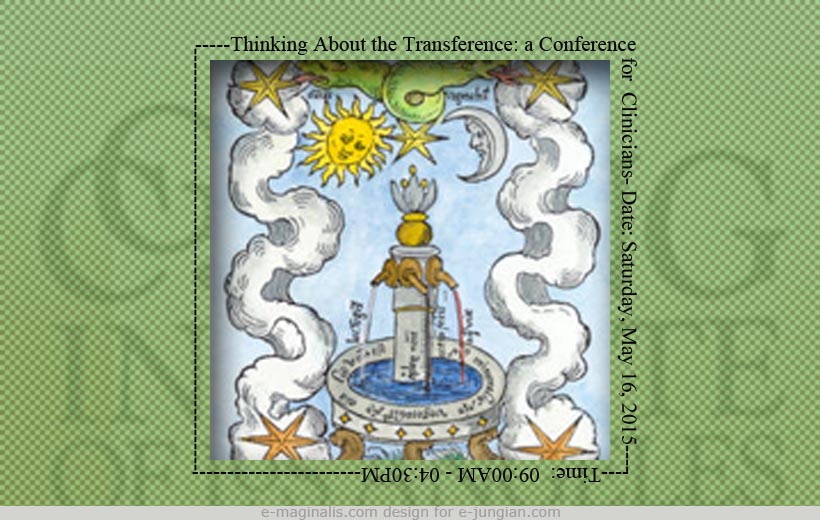 A day-long conference on the various topics of the subject of transference presented by several Jungian analysts, members of the Institute, including:

JoAnn Culbert-Koehn, L.C.S.W., a Jungian analyst in private practice with adults and children in Santa Monica. She is a recent Past President of the C.G. Jung Institute of Los Angeles, where she has also served as Director of Training and Co-Director of the Hilde Kirsch Children’s Center.

Susan Frankel, J.D., Ph.D., a Jungian analyst in private practice in Century City, California. She practiced law for seven years before returning to graduate school in psychology. She presented a shorter version of her experience with infant observation at the Council of North American Societies of Jungian Analysts Conference in New Orleans in November, 2011.

Barry Miller, Ph.D., a Jungian analyst and clinical psychologist in West Hollywood. In addition to serving as faculty at the C.G. Jung Institute of Los Angeles, he lectures frequently on dreams, sexuality, and transference and countertransference issues.

Pamela Power, Ph.D., a clinical psychologist and Jungian analyst with a private practice in Santa Monica. She is a past Clinic Director and past Training Director at the C.G. Jung Institute of Los Angeles.

J. Marvin Spiegelman, Ph.D., a clinical psychologist and graduate of the C.G. Jung Institute of Zurich (1959) and has been practicing, teaching and writing in Los Angeles since then. He has written and edited some twenty books on psychology, religion and transference.

Wendy Wyman-McGinty, Ph.D., ADTR, a Jungian analyst, clinical psychologist, and dance therapist in private practice in West Los Angeles, with an interest in the somatic aspect of analysis, and its relationship to the development of a symbolic process.