Trickster, Trauma and Transformation. The Vicissitudes of Late Motherhood. 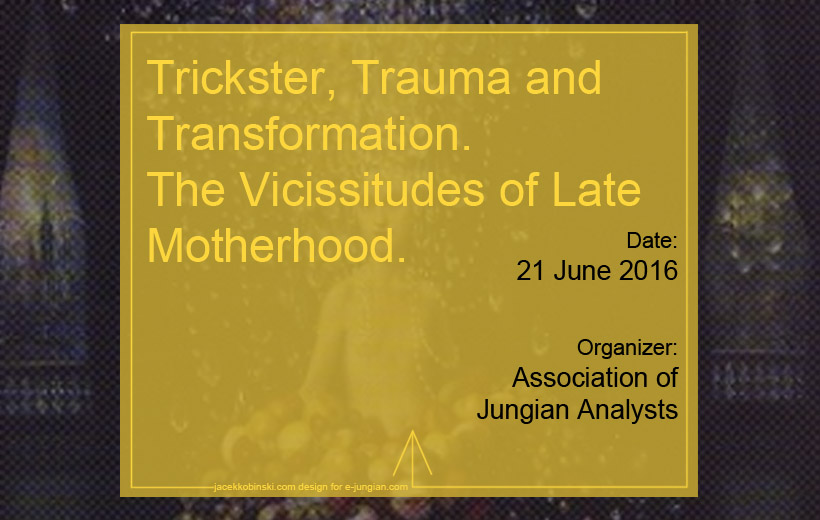 While conducting doctoral research in social science on late motherhood, two analytical engagements with the feminine came to my attention as evidence of a patriarchal bias toward the realm of womanhood. Whether her name was anima, the unconscious or mother, the views of the analytical fathers appeared to be perpetuating a social problem continuing in current times. Across affective fields and narratives on late procreative desire, buried in the Word Association Experiment and held in dream journals, was the memory of a male sibling who had enjoyed primacy of place in the parental home over the daughter. Taking a cue from Kalsched’s psycho-spiritual approach to the ways in which development, in particular feminine development is interrupted, my talk tracks one particular research Participant’s ambivalent relationship to becoming a mother, the lengths she went to, including changing her sexual identity, to create what she had missed from early life: a family.