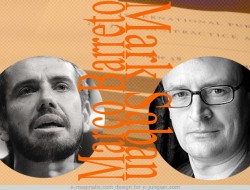 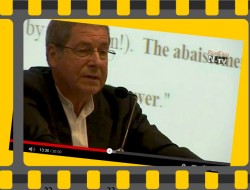 Following several appearances of James Hollis on e-jungian, including the recent notification about his new book and the podcast from ShrinkRap Radio about that book, we would like to bring your attention to one of his talks in the interview made within the series of Living Smart with the host, American journalist Patricia Gras.

In this apparently popular series we find James Hollis talking about the mid-life crisis – the still important issue for any of us and also the nodal point in Jungian meta-psychology, describing the moment when individual reaches the peak and then is facing the slope towards this „shadowy valley of death” that Jung talked about extensively. This brief video is contextualized by facts from Dr Hollis personal life. We are been told how his life led him to his first therapy session and, in the long run, to where he is currently – a Jungian analyst and author. Perhaps this video has value in providing an exemplification of the very content by the person who is the subject of an interview. It seems that we are not merely exposed to the theory of mid-life crisis. Even though Dr Hollis’s reflection is grounded in conceptual framework of analytical psychology, it is a fruit of his living experience. 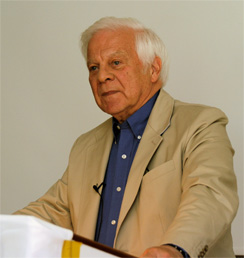 James Hollis was born in Springfield, Illinois. He graduated with an A.B. from Manchester University in 1962 and with a Ph.D. from Drew University in 1967. He taught the Humanities 26 years in various colleges and universities before retraining as a Jungian analyst at the Jung Institute of Zurich, Switzerland (1977-82). He is a licensed Jungian analyst in private practice in Houston, Texas, where he served as Executive Director of the Jung Educational Center of Houston from 1997-2008. He lives with his wife Jill, an artist and therapist, and together they have three living children, and six grand-children. He is a retired Senior Training Analyst for the Inter-Regional Society of Jungian Analysts, was the first Director of Training of the Philadelphia Jung Institute, and is vice president emeritus of the Philemon Foundation, which is dedicated to the publication of the complete works of Jung. Additionally, he is a Professor of Jungian Studies for Saybrook University.