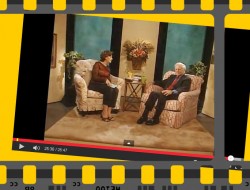 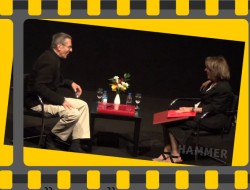 In the last days we published references to the work of Dr John Weir Perry, which provokes a reflection upon the Jung’s and post-Jungians' contributions to the understanding of psychotic processes. Since the topic has emerged, we want to add another voice in this area: a video recording of a lecture that took place on August 22nd 2013, during the XIX Triannual Congress of the International Association for Analytical Psychology in Copenhagen, Denmark. The lecture entitled Jung’s Understanding of Schizophrenia – Is it Still Relevant in the “Era of The Brain”? was delivered by Yehuda Abramovitch M.D.

Dr Abramovitch states in the abstract of his paper that among the forefathers of psychoanalysis Jung was probably the most involved with and committed to grasping the meaning of psychotic thinking, and he left behind precious insights to treatment. Today we have at our disposal works written between 1919 and 1958, covering most of Jung’s productive years, showing how important and dear this field was to him. The current “state of the art” in modern psychiatry attributes the psychotic process to alteration in the brain’s anatomy, biochemistry and electrophysiology, thus exempting the subject, i.e. the afflicted person, from responsibility for his sanity and for his attachment to reality. In this light it is more refreshing than ever to return to Jung’s teachings. Jung understood Schizophrenia as an “Abaissement du Niveau Mental”, a similar phenomenon to the one encountered in dreams, and caused by a peculiar “Faiblesse de la Volonté”. He contested that complexes in Schizophrenia, in contrast with neurotic disorders, are disconnected and can either never reintegrate to the psychic totality or they can join together in remission “like a mirror broke into splinters”. Accordingly, a person who does not fight for the supremacy of his ego-consciousness and for the subjugation of unconscious forces, a person who lets himself be swayed by the intrusion of alien contents arising from the unconscious (or even is fascinated by regression) exposes himself to the danger of Schizophrenia.

Yehuda Abramovitch M.D. is a senior Jungian analyst at the Israel Institute of Jungian Psychology and a Psychiatrist at Beer-Yaakov Mental Health Center and Sackler School of Medicine, Tel Aviv University.