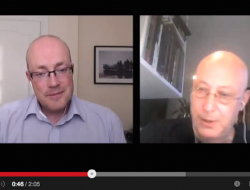 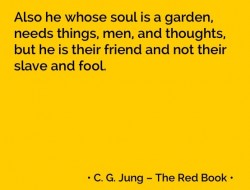 The Making of The Red Book from WW Norton on Vimeo.

„The Making of The Red Book” – video

From the Publisher – WW Norton:

The most influential unpublished work in the history of psychology.

„When Carl Jung embarked on an extended self-exploration he called his “confrontation with the unconscious,” the heart of it was The Red Book, a large, illuminated volume he created between 1914 and 1930. Here he developed his principle theories—of the archetypes, the collective unconscious, and the process of individuation—that transformed psychotherapy from a practice concerned with treatment of the sick into a means for higher development of the personality.

While Jung considered The Red Book to be his most important work, only a handful of people have ever seen it. Now, in a complete facsimile and translation, it is available to scholars and the general public. It is an astonishing example of calligraphy and art on a par with The Book of Kells and the illuminated manuscripts of William Blake. This publication of The Red Book is a watershed that will cast new light on the making of modern psychology.

The process of digitally capturing the book was done by DigitalFusion. They are also responsible for this film showing the process. Learn more about DigitalFusion: digitalfusion.net/„

» Resources, Videos » „The Making of The Red Book” – video