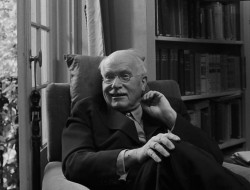 „Jung as a Pioneer of Relational Analysis” by David... 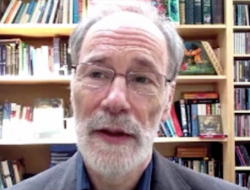 John Freeman: „And did you believe in God?”

JF: „And do you know believe in God?”

JF: And do you believe that death is the end?

CGJ: Well, I can’t say..You see, the word belief is a difficult thing for me. I don’t believe. I must have a reason for a certain hypothesis. Either I know a thing, and then I know it. I don’t need to believe it. If I, I don’t allow myself, for instance, to believe a thing just for the sake of believing it. I can’t believe it. But when there are sufficient reasons to form a certain hypothesis, I shall accept these reasons naturally, and I should say: „We have to reckon with the possibility of so and so,” you know.”

This fragment of BBC interview caused an alive response from its listeners. After receiving many letters about his answer, Jung wrote to the BBC’s weekly magazine, The Listener, to amplify, if not necessarily clarify, his remarks.

Jung’s letter was published in January 1960. It is the mature Jung’s definitive statement about God.

Read more on this subject…

Read Jung’s Letter to The Listener, 1960

From Carl Jung Depth Psychology Blog on the response of C. G. Jung:

When Dr. Jung said: “I don’t believe. I know.” here is what the message is that he actually intended to convey as written his letter to “The Listener” on January 21, 1960 after his comment was misconstrued subsequent to the BBC Broadcast:

„Sir – So many letters I have received have emphasized my statement about ‘knowing’ (of God) [in Face to Face, The Listener, October 29]. My opinion about knowledge of God is an unconventional way of thinking, and I quite understand if it should be suggested that I am no Christian. Yet I think of myself as a Christian since I am entirely based upon Christian concepts. I only try to escape their internal contradictions by introducing a more modest attitude, which takes into consideration the immense darkness of the human mind. The Christian idea proves its vitality by a continuous evolution, just like Buddhism. Our time certainly demands some new thought in this respect, as we cannot continue to think in an antique or medieval way, when we enter the sphere of religious experience.

I did not say in the broadcast, “There is a God.” I said “I do not need to believe in God; I know.” Which does not mean: I do know a certain God (Zeus, Jahwe, Allah, the Trinitarian God, etc.) but rather: I do know that I am obviously confronted with a factor unknown in itself, which I call ‘God’ in consensu omnium [consent of everyone] “‘quod semper, quod ubique, quod ab omnibus creditur”). [„What has been believed always, everywhere, and by all”] I remember Him, I evoke Him, whenever I use His name overcome by anger or by fear, whenever I involuntarily say: “Oh God!””