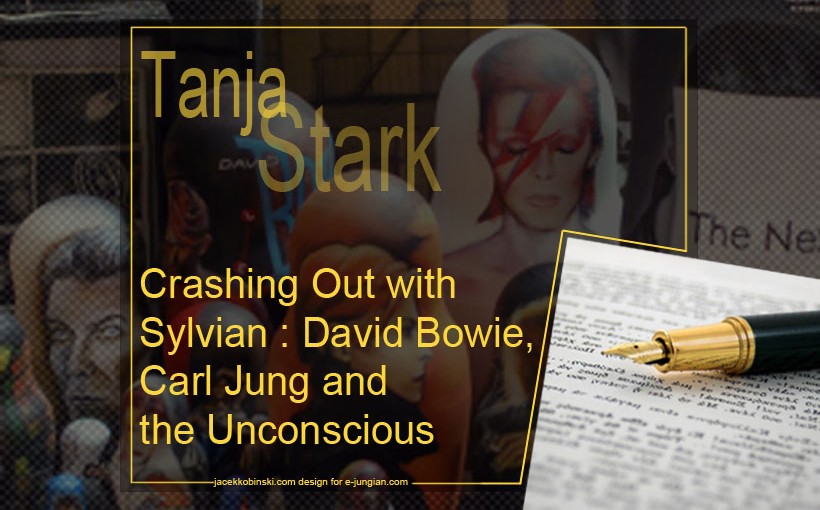 Tanja Stark – Crashing Out with Sylvian : David Bowie, Carl Jung and the Unconscious 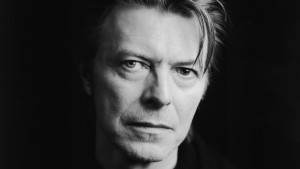 Tanja Stark, Australian Artist and creative consultant exploring the cross over between pop culture art and music writes about the parallels of David Bowie art and ideas in Jungian psychology; a profound engagement with the Unconscious, a complex relationship with the Numinous, tension between opposing polarities (the celestial and the chthonic, visceral and cerebral, sarx and pneuma and the ongoing spectre of a shadow that threatens to overwhelm and displace the ordered surface reality.

Symbolic and specific references to Jung abound throughout Bowie’s career. Arguably beginning with his 1967 song ‘Shadow Man’ that poetically encapsulates a key Jungian concept, in 1987 Bowie tellingly described the Glass Spiders of ‘Never Let Me Down’ (1987) as “…Jungian figures, mother figures” around which he not only anchored a worldwide tour, but also created an enormous onstage effigy (Swayne 1987). Bowie acted in ‚Merry Christmas Mr. Lawrence’ (1983) a story by Jung’s close friend and proponent of Jungian ideas, Laurens Van der Post (Van der Post, 1976), in ‚Labyrinth’ (1986), and ‚The Last Temptation of Christ’ (1988), films with archetypally Jungian shadow struggles, and expressed interest in a proposed Derek Jarman film based on Jung’s book ‚Aion’ (Matthews 2009).

In her article Tanja Stark looks at Jungian concepts through the lens of visual art and the way it is embedded in the collective unconscious. She notices, that amongst artists, Jung distinguished the ‘visionary artist’ as one whose creativity drew from primal impulses of the Unconscious (such as dreams), manifesting archetypal themes that resonate across cultures. Highly sensitive to energies within and around them, Jung believed these artists were acutely affected by emotional nuance and social turbulence, their art often expressing repressed energies and ideas that swirled beneath dominant paradigms.

She then goes on reflecting on the points of meeting between Jung’s concepts and Bowie’s attitude to the visual art, commenting that Bowie described himself as „quite Jungian” in his attitude towards dreams:

I suspect that dreams are an integral part of existence, with far more use for us than we’ve made of them, really. I’m quite Jungian about that. The dream state is a strong, active, potent force in our lives…the fine line between the dream state and reality is at times, for me, quite grey. Combining the two, the place where the two worlds come together, has been important in some of the things I’ve written, yes”- David Bowie

The article is illustrated with the rich collection of images and videos, together with the references to the collection of articles and books. It is worth recommending to anyone interested in the relationship between Jungian psychology and art.