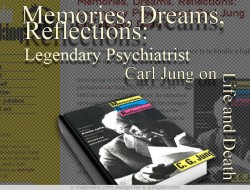 Memories, Dreams, Reflections by C. G. Jung on the... 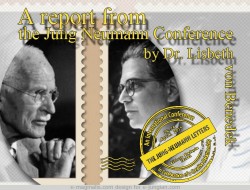 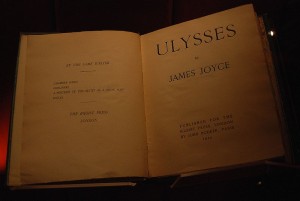 James Joyce’s Ulysses is frequently considered one of the most important novels of the 20th century. Feelings about James Joyce’s Ulysses tend to fall roughly into one of two camps: the religiously reverent or the exasperated/bored/overwhelmed. It is not surprising that Jung spent considerable time trying to come to terms with the book.

In 1932 Jung wrote a long essay on it (in the Europaische Revue), which had been published 10 years earlier. In September of that year, Jung sent a copy of his article to Joyce along with the fascinating letter.

Below we present several Web resources that discuss this fascinating topic, and an excerpt from C. G. Jung letter.

Your Ulysses has presented the world such an upsetting psychological problem that repeatedly I have been called in as a supposed authority on psychological matters.

Ulysses proved to be an exceedingly hard nut and it has forced my mind not only to most unusual efforts, but also to rather extravagant peregrinations (speaking from the standpoint of a scientist). Your book as a whole has given me no end of trouble and I was brooding over it for about three years until I succeeded to put myself into it. But I must tell you that I’m profoundly grateful to yourself as well as to your gigantic opus, because I learned a great deal from it. I shall probably never be quite sure whether I did enjoy it, because it meant too much grinding of nerves and of grey matter. I also don’t know whether you will enjoy what I have written about Ulysses because I couldn’t help telling the world how much I was bored, how I grumbled, how I cursed and how I admired. The 40 pages of non stop run at the end is a string of veritable psychological peaches. I suppose the devil’s grandmother knows so much about the real psychology of a woman, I didn’t.

Well, I just try to recommend my little essay to you, as an amusing attempt of a perfect stranger that went astray in the labyrinth of your Ulysses and happened to get out of it again by sheer good luck. At all events you may gather from my article what Ulysses has done to a supposedly balanced psychologist.

With the expression of my deepest appreciation, I remain, dear Sir,

Source: A Companion to James Joyce